*Monthly accounts are by automatic payment only. I.e. direct debit of a standard bank account or credit card.

$15/MONTH FOR INBOUND PLUS OUTBOUND

For no added cost we can move CMS customers to our high-speed cluster of web servers for lightning fast page load times.

Out-of-date software is a popular attack vector. Our software will remind you if your website needs an update.

Install WordPress from our Members Panel with the click of a button.

We've got your back

We keep a rolling backup of your website for 7 days and replicate this offsite and offline for added piece of mind.

Our servers run continual scans for malware and we have scripts that detect commonly weak permissions.

Our network, hardware and software are monitored from multiple external locations to notify technicians of any issues within seconds.

Call and be quickly connected to our well-trained, helpful and Perth-based support team. We don’t leave you waiting in a queue!

We are happy to help import your website from another provider and edit your settings so you can get back online fast.

If you don’t have time to keep your CMS up-to-date we can take care of this for you and remove the threat of malware and exploits from your site.

We take page speed and security very seriously however these components can often oppose each other. We continually adapt our programming to ensure the most balanced and effective result.

Apart from isolating users’ data from one another, we run frequent scans for malware, block brute-force login attempts and have a pro-active scan for weak file permissions.

The HostAway Members Panel has been custom designed to communicate with our high-availability cluster of servers. This means if you have a feature request you can speak directly with our coders.

Create subdomains and point them to folders within your webspace, for shopping carts, knowledgebases, regional landing pages or whatever you’d like.

WHAT DO OUR CUSTOMERS SAY ?

We greatly value our customers and their feedback. Have a read about how customers feel about our services on the Testimonials page.

Linux or Windows Hosting? Which is right for you?

Just because your PC runs Windows does not mean your website has to.

Popular content management systems such as WordPress, Joomla and Drupal run on a Linux environment whereas DotNetNuke, Kentico and Umbraco run on Windows.

If your website is plain HTML then we recommend the Linux package due to the lower cost. Linux is an open-source (free) platform whereas Windows servers require licensing, hence the slightly higher hosting costs.

CONTACT USLooking for a different option? Talk to us about custom, affiliate or reseller plans

CREATE YOUR DIGITAL PRESENCE WITH OUR FREE WEBSITE BUILDER

Choose from a large number of templates and customise your colours, content and images with a few clicks. The intuitive interface allows you to build contact forms, galleries, testimonials and many other features with ease.

Your new design will resize to fit any device, making your website mobile and tablet friendly. Easily link the site to any social platforms your company uses and even add your Google Analytics ID to track visitors.

This formidable tool is available to all HostAway customers on our Linux hosting plans. For no extra cost you can design and manage your website…we can’t wait to see what you create. 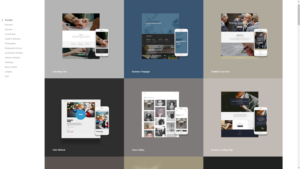 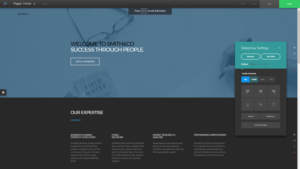 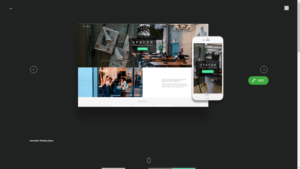