www.shepherd.com.au
Ender, I’m always impressed with your professionalism and client centricity. You are always accessible, well informed & helpful. Hostaway is lucky to have you & we value the continuity you provide. 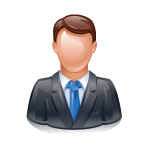 Director
We use Hostaway not only for our website hosting needs but for all our clients as well. They are fast, efficient and always on hand if and when required. We not only trust them with our hosting needs, but those of our clients too. We’d definitely recommend them to others.

www.magicorp.com.au
These Guys are awesome! We have over 100 sites with them and they are on the ball. They answer the phone when you need help and action things lightning quick. Simon, Ender and the team are highly knowledgeable and get the job done fast.
Jason Berard
Director
www.hairtolove.com.au
Finding this little gem of a hosting company has proven a godsend, their Customer Support service has absolutely blown my socks off!
Having being faced with an issue regarding our site going down due to trying to integrate a third-party cloud service, Ender took it upon himself to go out of his way to log into my account for me, spend the time to inspect my configuration, and successfully solve the problem.
Having Rock Star support staff on hand like Ender can be the difference between securing loyal customers vs. those who shop around. Confessing to be a ‘shop-arounder’ myself I can now safely say I have converted to being a loyal HostAway customer, and will recommend this small hard working business to companies large and small alike. Nothing can beat this type of service, no matter what deals come your way from the myriad of options out there! I highly recommend HostAway, you will NOT regret it! 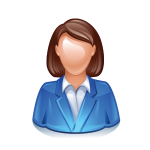 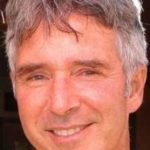 www.ntsystems.com.au
Just a note of thanks again for providing great service and tech support.
I’ve said it before, but it has to be said again, you guys really do provide excellent customer service.
Every time I call through for a technical support issue, I get put straight through to a support tech, no waiting on hold. Your tech always resolves the issue quickly and professionally.
Keep up the good work guys, it’s nice to have the reassurance of a professional company hosting our web site.
Graeme O'Connor
Sales Manager

www.bullshift.com
Any time I hear someone saying they’re buying a domain, launching a site, need a new email address or need any other kind of similar net services, I immediately say, GO TO HOSTAWAY!

I can’t rave enough about these guys. They remind me of the kind of customer service that seemed to be everywhere 30 years ago and can hardly be found at all now.

I highly recommend them. 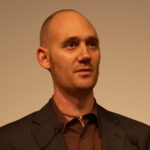 www.periscopeclothing.com.au
HostAway are amazing! I've used them for lots of local businesses and always found them to be helpful, friendly and reliable. They are quick with support calls and help find the best web solutions. If you are a Perth small business looking for web hosting services or email solutions I would highly recommend using HostAway and supporting another great local business.
Sofia Cokis
Digital Strategist 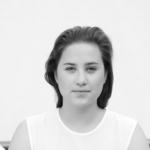 Thanks to Ashley, Amy, Ender and the team at HostAway I run a successful web design and development business. I can only do this because the team at HostAway provide me and my clients with outstanding service, 24/7 I am always backed up, supported and improved by the HostAway offerings. HostAway provide the best possible secure and supported environment for all websites I develop and manage and I couldn’t be more impressed with their business. Absolutely lovely bunch of people! 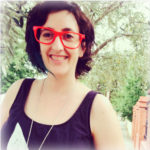 Lauren Byleveld
Director
To whom it may concern,

I've been working in the web and digital space for 14 years, have launched over 1000+ sites and dealt with countless hosting companies from the blue chip to the go-daddys. HostAway is the only one that I would refer a client to - and I make no commission from it (though they have offered I would rather they keep the money and keep offering the same level of service).

I've learnt the hard way by trying to save a few bucks with cheaper hosting from the US and over east. The time spent on hold to other hosting companies alone has saved $1000's of dollars, far offsetting any saving's from cheaper hosts.

Time and time again, Ender, Ashley and the boys have been there to help with problems that other hosts would simply fob off. Today they saved my weekend... again.

Its also great that I have a hosting company I can trust to speak to clients and know that they will be looked after.

So if you need a local Perth hosting company, I would highly recommend HostAway. They are simply awesome.

I have trusted all my site hosting and all client sites to the brilliant team at @hostawayNOC for years and highly recommend them!